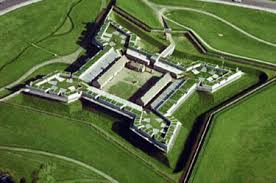 On October 18 at Fort Stanwix is having an “Archaeology Day” with several speakers.

Have you ever wondered how we know so much about the soldiers & other people living at the fort? Join members of the park’s Cultural Resources staff as they engage & enlighten visitors about the archeological process while educating participants about the archeology unique to Fort Stanwix National Monument.

Fort Stanwix was built by the British in 1758, to protect the Oneida Carry area from French attack during the French & Indian War. It was named for British commander, Gen. John Stanwix. About 2,000 to 12,000 men worked on the site; primarily from New York & New England.

Archeology has been used at Fort Stanwix National Monument to find out about the people who lived here long ago. Nearly 500,000 artifacts have been discovered since the early 1970s. Join a ranger and see some of these unique items on display in the Willett Center.

“Vampires, Witches and Fear: A Brief Introduction to Identifying Superstition in the Archaeological Record”

The belief in vampires and witchcraft, and the folkloric practices devised to combat them, were strong cultural traditions carried by colonists from the Old World to the New.  This presentation briefly introduces the cultural background relevant to identifying the physical remnants of superstition in the archaeological record with a specific focus on vampire burials and the spread of the witch bottle ritual  in the United States.   Refreshments will be served!